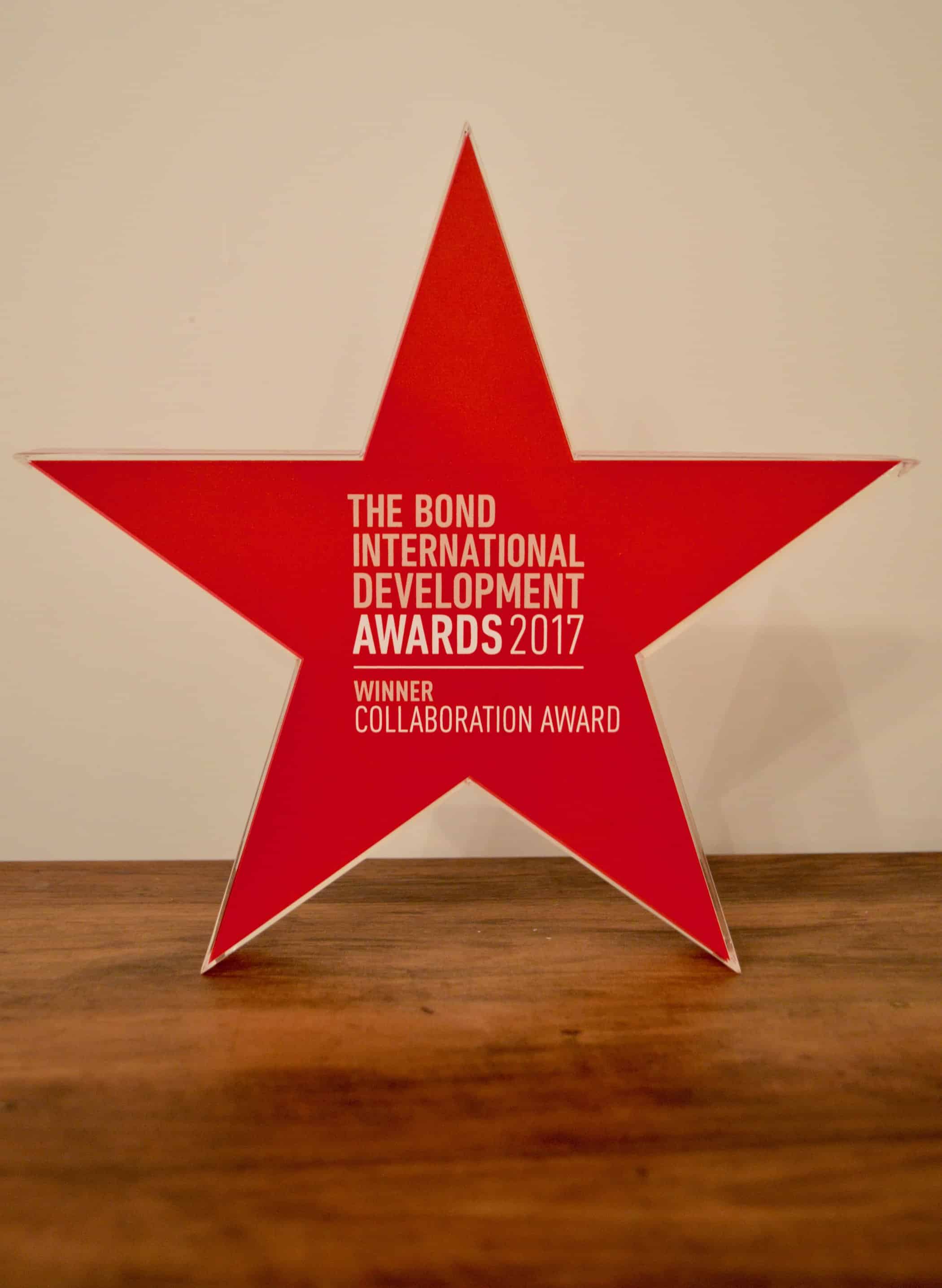 Chance for Childhood, an international children’s charity, received the best prize for Collaboration at the Bond International Development Awards 2017. The event, which took place on 20th March at the QEII centre in London, celebrated the inspiring humanitarian and development work of UK-based international charities.

Katie Fowler, Chance for Childhood’s Acting Director, explains “Recent internal conflict in Northern Uganda left the population facing extreme poverty which led to petty crimes as a coping strategy. The juvenile justice stakeholders have been unable to cope with an increasing number of children ‘in conflict with the law’. These children are often detained in adult prisons, and held there for a long time before being brought before the courts. The prisons are an extremely dangerous place as sexual abuse and violence are prevalent. It’s an extremely harsh price to pay for what was often a minor crime or misdemeanour.”

Chance for Childhood set about to design a support package at the intersection of legal aid, economic empowerment and psychosocial support, seeking inputs from both various legal and youth livelihoods experts both in the UK and in Uganda. “Our partnerships underpin the success of our important work and we are extremely proud to be recognised by the Bond network for this approach,” comments Katie. “Community partnerships are essential within this innovative project to ensure that vulnerable children are not only diverted from prison but are given an opportunity to build a livelihood and a positive future without reoffending. Right2Change is on track to reaching twice as many children as first hoped and that’s down to our ability to adapt and learn, bringing new organisations on board when needed.”

Katie concludes, “It’s extremely fitting to have been recognised for collaboration the same year as Chance for Childhood merged with Street Child Africa, the ultimate collaboration to extend the impact of our work with vulnerable children and make efficiency savings so that more money can go directly to where it is needed.”

Chance for Childhood
Chance for Childhood works in Africa to support the most vulnerable children, often invisible from society, such as street children, disabled children, children affected by conflict, child-headed households and children in conflict with the law. We’re working in harsh environments where violence and poverty rob thousands of young people of their childhood and force them to grow up much too quickly. We rebuild young lives for the chance of a better future.

Funded by Comic Relief, Chance for Childhood partnered with:

Bond
Bond is the UK membership body for organisations working in international development. Their Collaboration Award recognises the importance of effective collaborations in finding new opportunities to tackle difficult issues.