On Sunday 3rd October, Chance for Childhood’s incredible team of marathon runners will take to London’s roads! The past two years have presented more challenges than usual, with many of our runners originally signing up to take part in the 2020 marathon! After more than a year of training, we can’t wait to see them in action on the day.

One of our team this year is Ben Newth, who is running his first marathon! He spoke to us about his motivations, training, and challenges in the build up to the big day.

What motivated you to run your first marathon?

I’ve never run a full marathon before so London 2021 will be my first! I’ve run a few half marathons in the last 5 years but always dreamt of running the London Marathon. Having watched it on TV since I was a young boy, it is such an iconic race that to have the opportunity to now run it is as exciting as it is scary!

Why did you want to run it for Chance for Childhood?

I didn’t know much about the charity before I applied for a charity place through a Facebook Ad and when I got the email to say I’d been successful, I had to ring to make sure it wasn’t a wind-up! But what I’ve learnt since has blown me away and I’m so glad I was chosen as one of Chance for Childhood’s charity runners.  The work is so important. As a father of 3 girls who have grown up in a stable and loving environment, it is a privilege to be able to raise vital funds to support children who aren’t afforded the same opportunities and security that mine are.

I also want to mention the support you have given me. I love the personal touch of hand-written cards, thanking me for fundraising and encouraging me with my training.  It doesn’t go unnoticed and is really appreciated.

How is your training going?

Training has been a bit of a roller coaster. I suffer with shin splints, so the first few months were very stop-and-start because as soon as I increased my miles the shins needed resting. But I’m now mixing my running with cross-training at the gym and more bike rides so there is less impact on my legs, and I feel I’m on track and where I need to be. However, it’s my first marathon so I guess I won’t really know until mile 20!!!

What are you finding most challenging about preparing for your first marathon?

For me the biggest challenge has been my injuries, they’re so frustrating because I want to be on the start line in the best shape I can be. But I’m determined (my wife would say slightly obsessed) to give it my best shot and enjoy every minute of it!

There’s a lot of information out there, especially online videos of other people’s marathon experiences, it can be really helpful but also a bit overwhelming so it’s important to find an approach that works for you.

What do you find most rewarding about training for the marathon?

I just love running, I like the head space it gives me, it allows me time to myself and escape the stresses of everyday life. I also love challenging myself and it feels so good when you’ve had a great run and know that you’re making progress.

What message would you give to those thinking about running a marathon for charity?

I think people worry too much about what others will think of them if they go out running, telling themselves they’re too unfit, or too big, or too slow.  But the reality is that you’re probably your biggest critic, and the majority of people that see someone running will be thinking good on them, so go for it. What have you got to lose? Think of all the positives; you’re getting yourself fitter and healthier, the running community is really supportive, and you’re raising money to make other people’s lives better. In my mind, there’s nothing better!

What are you most looking forward to about the marathon?

Crossing the finish line is the obvious answer to that, but I think it will be the atmosphere on the day.  Whenever you watch it on TV you get an overwhelming sense of celebration and unity.  It’s such a unique event, where else can you say you raced with the best in the world and a man dressed as a rhino!

Tell us about your fundraising and what has worked well for you in raising sponsorship?

I got to my fundraising target quite early on, partly through enthusiasm and partly through wanting to know that it was taken care of so I could focus on the training. I’ve done the usual family and friends sponsorships, but I also decided to combine raising money with getting rid of unused things in and around the house.  So a well known online auction site was well used and to be honest I was pleasantly surprised at how quickly that helped me hit my target. With a few weeks left to go, I will be doing another round of fundraising to get a few more pounds in.

Do you want to follow in Ben’s footsteps and take on this incredible challenge with Team Chance for Childhood? We have places for the 2022 London Marathon and applications are open. 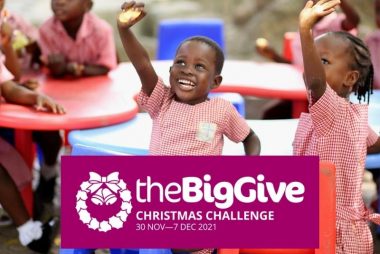 All donations are doubled until 7th December! 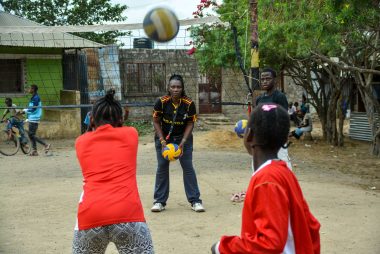 Hungry, harassed and alone: No child should spend Christmas on the streets 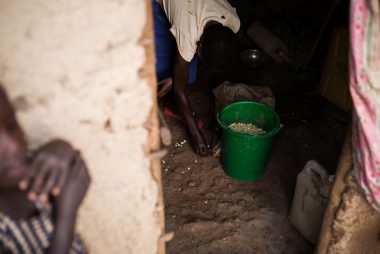 Poverty, sexism and discrimination: How marginalised children are shut out of learning in Uganda 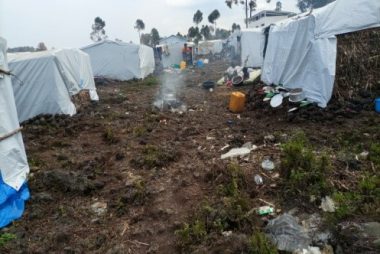 “When the volcano erupted, I thought it was the end for my children” | How your support helped families in DRC