This article is from July 2019. In June 2020, the worst outbreak of Ebola in DRC was declared over.

The Ebola crisis in the Democratic Republic of Congo has taken another turn for the worse. It has destroyed lives and communities, with over 2,000 already dead. Children are the most vulnerable – over have died so far. With your help, we are stepping up efforts to contain this deadly disease and keep children safe.

What is the situation?

For almost a year, the Ebola outbreak has been devastating the North Kivu region of DRC. In the last month, it’s got even worse. Ebola has now reached Goma, a city of two million – putting even more lives at risk. There is also a very high chance that Ebola will spread to neighbouring Rwanda. There have already been three cases in Uganda and the World Health Organisation has now declared it Public Health Emergency of International Concern.

No running water: the reality of combatting Ebola in rural DRC 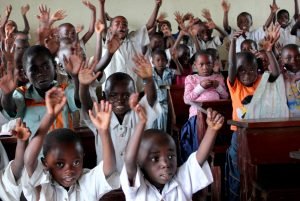 One of the 10 schools we support is in Kibati, a rural district north of Goma, where the threat of Ebola is very real. In Kibati, there is no constant running water supply. This makes it difficult to put in the basic hygiene procedures needed to combat the spread of Ebola.

Thankfully, we’ve been able to put in anti-bacterial handwash, but the lack of infrastructure in rural areas only makes fighting the disease more difficult. By donating today, you can help us ensure more children have access to handwashing facilities.

Attacks on health centres is making a dire situation even worse

Multiple Ebola treatment centres, along with Ebola health workers, have been attacked recent. The remote North Kivu region has seen decades of devastating conflict and the volatile and insecure environment makes it even harder to combat the spread of this deadly disease.

As Christine Musaidizi, director of our local partner Children’s Voice, explains: “Some people don’t believe Ebola exists and they don’t realise the dangers. Patients run away from treatment centres and hide in the local community, contaminating others in the process. Others want to bury their dead themselves, as is the custom here, without any protection.” Violence, fuelled by misinformation and historic conflict, only puts more vulnerable children’s lives at risk. 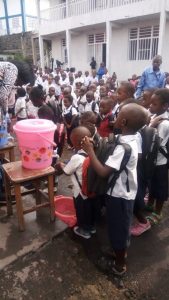 We’re taking vital action to keep children safe from Ebola in Goma and Kibati, by:

You can join the fight against Ebola by supporting our emergency Ebola Fund today.

Each time Ebola kills, another life is tragically cut short. The deadly disease is tearing apart communities and putting the most vulnerable children at great risk. As of 1 September, Ebola has:

At the moment, Ebola is concentrated in the North Kivu region of DRC. The cities of Butembo and Beni (both with a population in the hundreds of thousands) are highly affected. There have also been three recorded cases in Uganda, with one death – a five-year-old boy who became infected after visiting DRC. 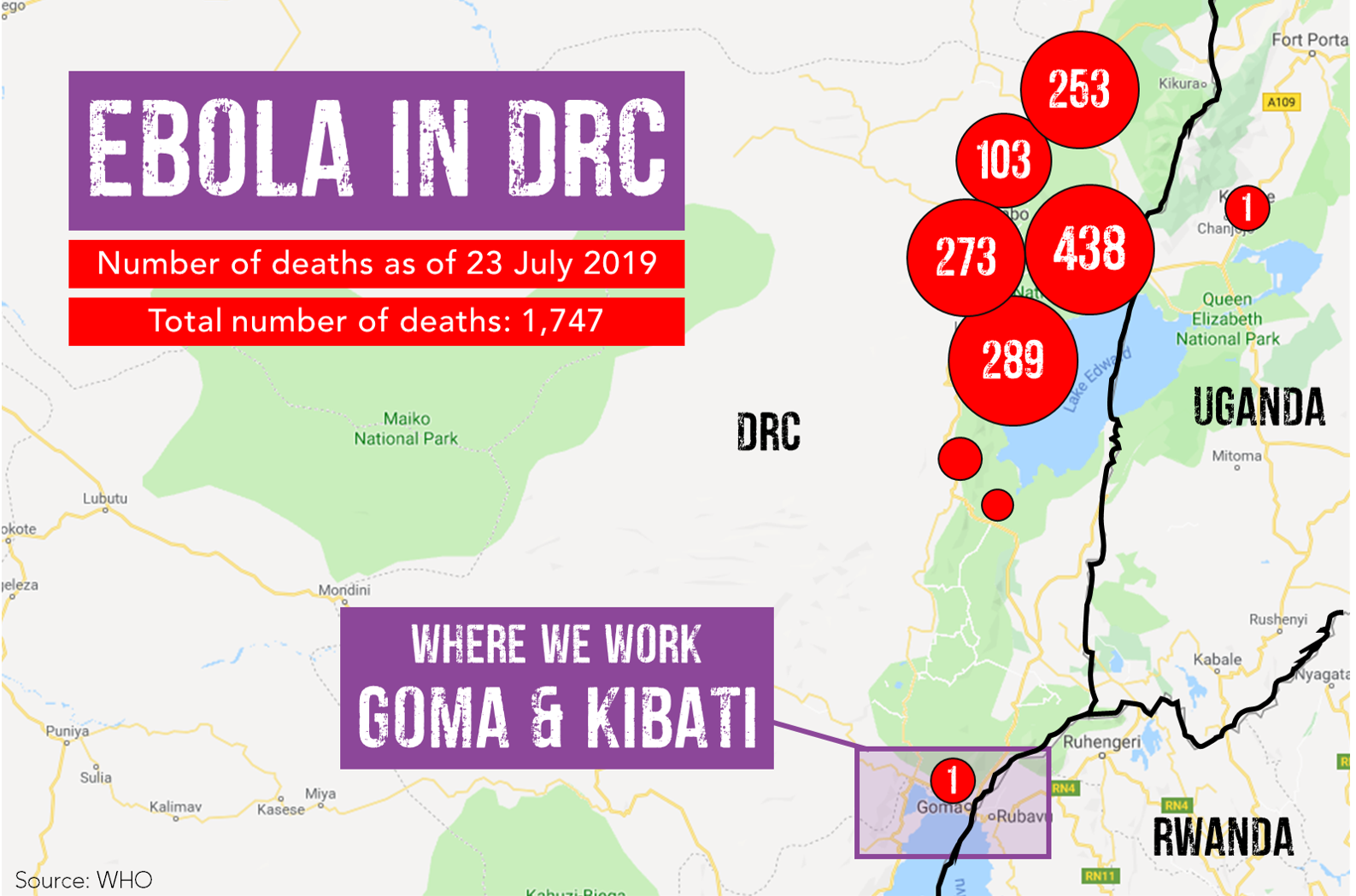