Life is tough and dangerous for children living on the streets of Kisumu, a city 165 miles west of Kenya’s capital Nairobi. In a country where 27% of the population live on less than $3 a day, the most vulnerable children are exploited, abused and left forgotten by the rest of society.

Over half of the population of Kisumu are under 18. The third largest town in Kenya has a growing number of street children, estimated to be at least 1,000. Our own survey found that 80% of street children have special learning needs. Without an education, these children also have little prospects for a better future.

With our local partner KUAP, we go onto the streets of Kisumu to bring these children to safety, provide them with access to an education and help reunite them with their families whenever possible. Philip Nyangara is an outreach worker with over three decades of experience. We spoke to him about the important work he does and the harsh challenges facing street children in Kisumu. 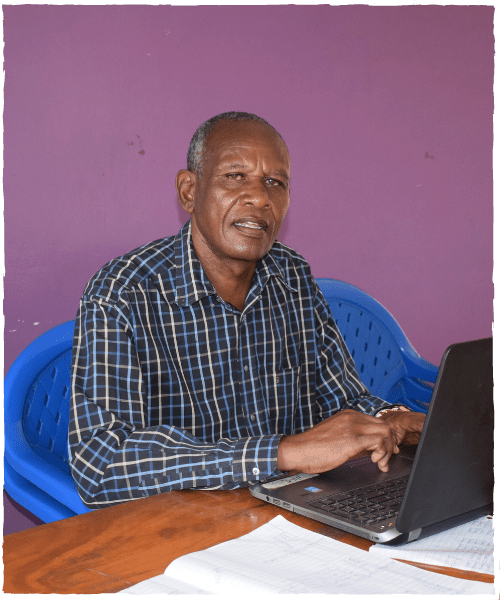 Tell us a bit about yourself
I have a passion for working with disadvantaged children and families, having worked with KUAP for 34 years.

What do you do at KUAP?
As an outreach worker I go out onto the streets to rescue children and bring them to safety in our temporary shelter. From there I oversee the rehabilitation process, preparing individual care plans, organising counselling and referring children to non-formal education (non-formal education brings the children to the level of their peers in mainstream schools). Helping the children get used to a structured environment and routine is essential, as their lives on the streets would have been very unsettled.

Children end up on the streets for all sorts of reasons, but where possible we look to reunite them with their families. I trace their families and visit their homes to see if it is possible for them to return.

What challenges do street children face in Kenya?
Life on the streets is difficult for children. There is a lack of food and they’re more likely to get diseases such as the flu, Cholera and Scabies. When they do get sick, they rarely receive any medical attention. They are often sucked into drug and substance abuse as a form of escape and so the police harass and abuse them.

Their situation is almost impossible to escape from. There is a lack of proper and descent employment for young people on the streets and they are often over-worked and exploited by business people.

Are there any particular challenges that street children face in Kisumu?
Kisumu is a strong-hold of one of the Presidential Candidates and this caused a lot of tension before and after the recent election. These vulnerable children have no sanctuary from violence on the streets. Demonstrations turned violent and teargas was used to disperse crowds. Even worse, children and young people on the streets are often exploited by politicians to create havoc amongst opposition demonstrations and campaigns. This means the children become police targets themselves.

Another issue in Kisumu are groups offering food to the children if they follow their religion. Children become dependent on them and yet are still living on the streets. It means they can become hostile to other people trying to get them off the streets and give them better opportunities.

What is the best part of your job?
The most rewarding part of my job is seeing children who used to live on the streets back at home, back at school and succeeding in life.

Tied up and caned: David’s Story

Whenever David, 12, would make mistakes at home, his mother would beat him. One day he accidently dropped a pot full of food. The next day David went to school looking very pale, with open cuts on his hands, and finger marks on his face.

He told one of his friends that his mother had tied him with a rope and caned him. His classmate reported it to the school counsellor who quickly took it up the head teacher – who had received our child protection training.

David’s mother was invited to a meeting with the head teacher where they discussed his welfare. They were referred to our local partner for therapy and counselling, with the aim of reconciling the family. Due to poor knowledge about positive parenting, the mother explained she never wanted to hurt her son, but used violence as a tool to change his behaviour. We provided the mother with information on alternative, non-violent methods for disciplining her children, such as dialogue and demonstrating task by example so that her children are clear on what she is asking them to do.

When our Child Protection Officer visited last year, David’s mother was no longer abusing him. His behaviour had improved, he was happier and doing better in school!

Thanks to the work of people like Philip, David didn’t run away from home to escape violence – instead of living on the streets, he is now happily at home!