Every week hundreds of women like Marie arrive in Uganda’s vast refugee settlements. They have fled horrific violence in their home country of DRC. But life in the settlements is a constant struggle to survive. Housing is cramped. Food is in short supply. In these conditions many women are forced to commit petty crimes, like stealing food, just to stop their children from starving. 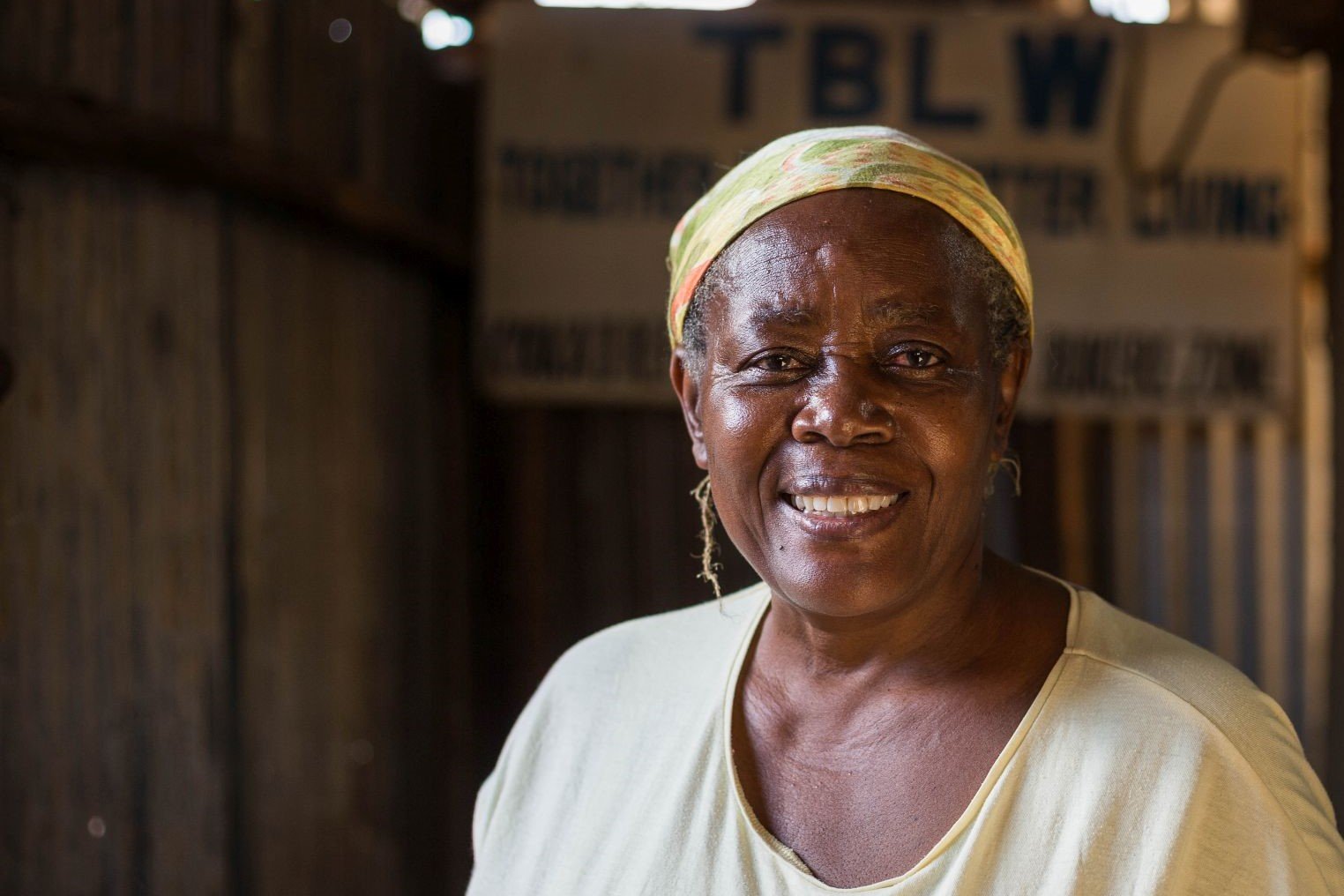 “North Kivu was the place I called home. My husband and I ran a health clinic. We dedicated our time to everyone who needed help, regardless of who they were or where they were from.

But when war broke out in 2012, we were targeted. Angry at us for providing healthcare to members of different tribes, my husband was killed. And my daughter and I were violently raped by armed men. All of our possessions were looted.

With thousands of others, I fled to Uganda with my six children.”

“We arrived in Uganda’s capital, Kampala. I hoped we could live a peaceful life. But shortly after we arrived, my 17-year-old daughter vanished without a trace. Her disappearance haunts me to this day. I feel like I have failed her. Nothing can fill the void she left in my life. I don’t know if she is dead or alive.

I hope within my heart that she is somewhere out there in the world. And I refuse to mourn her. One day, I believe life will bring my daughter back to me.”

In search of shelter and safety, Marie moved her family to one of Uganda’s refugee settlements, Kyaka II, where they hoped for a better life.

But life in the settlement is tough. Three in five women have faced domestic violence. A lack of food, poor housing and stretched services mean that every day is a fight for survival.

“The only positive thing about living in the settlement is knowing that you won’t be robbed or raped by armed men. It is peaceful here.

The pandemic has made life so much harder for refugees. Food rations to refugees were cut by a third last year. Women and children must survive on maize flour and beans. But the rations now amount to little over 1,000 calories a day. Adults like Marie face constant hunger, living on just one meal a day.

In these conditions, refugee women end up breaking the law to survive. But when they’re caught, they’re punished harshly. After risking everything, women face horrendous conditions in prison.

If you get legal support, you’re one of the lucky ones. 75% don’t. And in the cells, you’ll face constant hunger. Like on the outside, there’s a lack of food to go round. With poor sanitation and overcrowding, violence is everywhere.

By the time women are released, they’ve suffered more horrendous trauma. With no support to build a better life, they become trapped in the cycle of poverty, violence and prison.

But your support is helping women at risk of breaking the law to survive. Women like Marie.

“I don’t think I will ever fully overcome my traumatic experiences. But I have learnt to cope with knowing what I went through, thanks to the psychological support from the team at AWYAD (Our partner in Uganda).”

“Now, I volunteer as a gender-based victims’ protection officer with AWYAD. My role focuses on encouraging women in abusive relationships to speak up. I know the impacts of gender-based violence only too well. It is why I try to protect women here, because they listen to me and look up to me.

We also do tailoring and beadwork to earn some extra money, which helps me to look after my five children’s needs. My earnings aren’t much, but I can use them to improve our circumstances a little bit.”

Your support is changing lives for women like Marie! Because of you, they can access psychosocial support to overcome trauma and vocational training to earn money to feed their children. With this critical support, they’re less likely to end up committing crimes of survival.

Your support is essential in providing help to women inside prison too. Women receive life-changing vocational training, anger management and life-skills classes. This means when they leave prison, they are empowered to build a better life for them and their family!

With Penal Reform International, we’re training police, prison officers, lawyers and community leaders to support women and children who have experienced violence and trauma. Your donations are creating a legacy of change, so women no longer have to face horrific conditions in the criminal justice system.

£30 could train a community caseworker in psycho-social care, to support vulnerable children and families who have faced war and violence. Will you please make a donation today to support women like Marie?